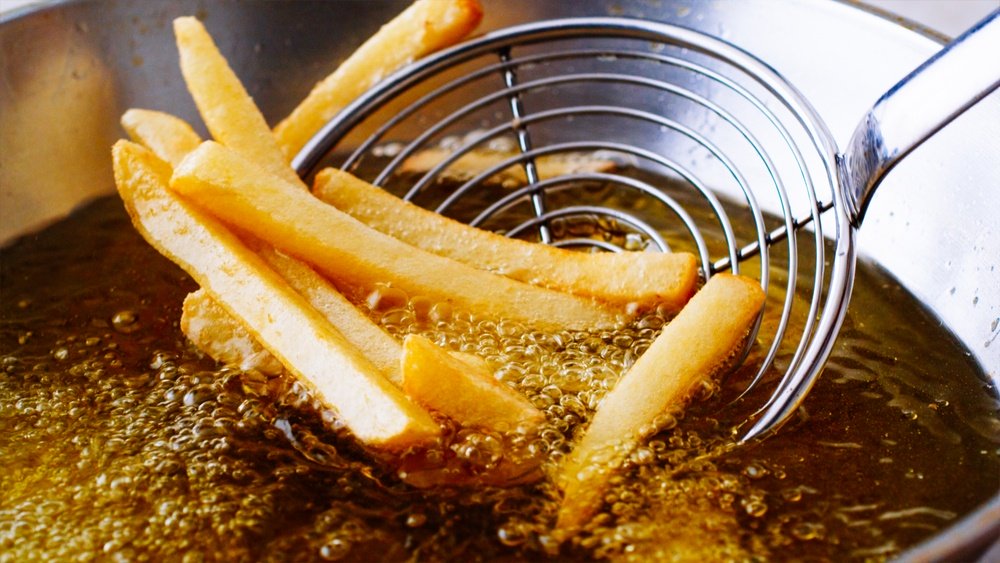 With newly published guidelines, the USDA has officially laid to rest one of the most persistent myths about olive oil; namely that it should not be used for frying. The new guidelines include olive oil on the list of preferred cooking oils and reflect the latest research on the health benefits of cooking with olive oil at higher temperatures.

The USDA website's guide to "Deep Fat Frying and Food Safety" lists olive oil as a recommended oil for deep frying. Indeed, contrary to many who would say olive oil has a low or even moderate smoke point, the USDA includes olive oil on its list of "high smoke-point" oils, including  corn, sesame seed or sunflower oil that are safe for frying.  (Note that the smoke point given by the USDA of 410 °F is for extra virgin olive oil. Olive oil and light tasting olive oil have a higher smoke point of up to 468 °F.)

In fact, more and more research is dispelling the notion that you can't use olive oil for higher temperature cooking like frying.  In his recent book, "Cook, Taste, Learn," Guy Crosby, Ph.D., CFS, an adjunct professor of nutrition at the Harvard T.H. Chan School of Public Health reported on a "well controlled study using EVOO to fry French fries at 365 °F (180 °C), there was a three-fold decrease in the antioxidant activity of the oil after six consecutive fryings of 10 minutes each (1 hour total frying time) using the same batch of oil (the oil was cooled between each frying), indicating that the antioxidants were doing their job protecting fatty acids against oxidation."  (Emphasis added.)

Does frying with olive oil destroy the health benefits?

In 2020, a study published by the University of Barcelona [1], found that extra virgin olive oil retains significant amounts of polyphenols and antioxidants at normal cooking temperatures from 120°C to 170°C (258°F/338°F). Researchers simulated home cooking conditions and found that while the polyphenol content decreased by 40% at 258° F and 75% at 338° F compared to raw EVOO, the levels of antioxidants and polyphenols remained relatively high. These healthy phenolic compounds, such as vitamin C and E, play a crucial role in preventing cell damage from free radicals. Further, EVOO contains 500% more antioxidants when compared with other common cooking oils including coconut and avocado oil.

The health benefits of frying with olive oil also extend to the foods cooked in it. Researchers, publishing their work in the Journal of Food Chemistry [2] established that the phenols and antioxidants from extra virgin olive oil are transferred to foods that are fried in EVOO. They prepared potatoes, tomatoes, eggplant and pumpkin in three ways -- boiled, fried, and sauteed in extra virgin olive oil, water and a water/oil mixture and measured the antioxidant content and phenolic compounds of the raw vegetables before and after cooking. The results the experiment produced were remarkable; the vegetables prepared with EVOO contained phenols not identified in their raw forms, including oleuropein, pinoresinol, hydroxytyrosol and tyrosol; the phenolic compounds had been transferred from the olive oil.

Is there a downside to frying with EVOO?

Dr. Crosby says he doesn't hesitate to cook with EVOO. Some might say that they won't cook with EVOO for fear doing so would add strong flavors to foods. But that is a myth, according to Crosby, referencing a study done while he was editor at America's Test Kitchen.  Others might say cost is a downside, but not according to Crosby.  "Although one may argue . . . a good grade of EVOO may not be worth its high price for cooking, I take comfort in knowing that its high levels of phenolic antioxidants, like hydroxytyrosol and tyrosol, and the unique anti-inflammatory agent oleocanthal ensure that more of them survive the cooking process." In other words, even when cooking with it, you get what you pay for!

The growing body of research on this topic, taken together with the updated guidelines from the USDA should provide every home chef with the confidence to cook with olive oil whether its sauteeing, shallow frying, baking, roasting or even deep fat frying. 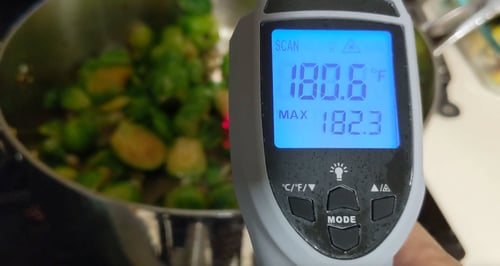 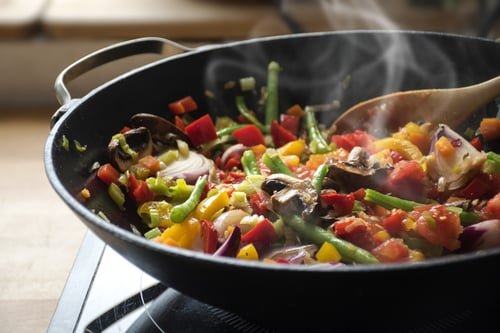