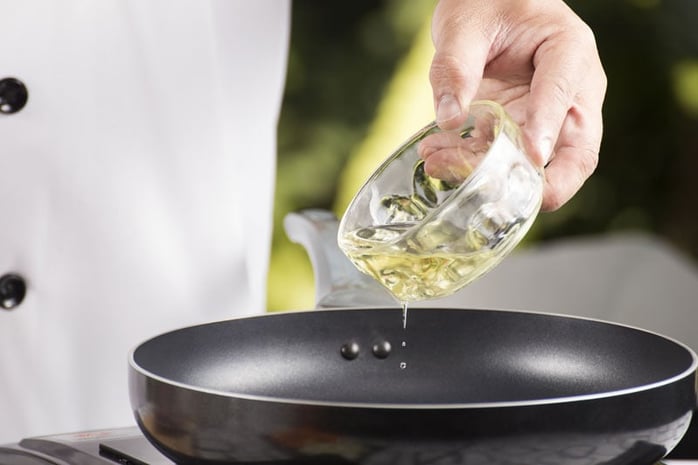 The smoke points of cooking oils are related to the Free Fatty Acid (FFA) of the oil, with a lower acidity typically resulting in a higher smoke point.

In deciding which oil to use for cooking, the oil’s stability is also very important. Olive oils are rich in oleic acid and minor compounds which make them very stable. Extra virgin olive oils contain polyphenols and antioxidants that fight the breakdown of the oil and the formation of free radicals. Because of this, extra virgin olive oil often holds up longer and better than other oils at moderate cooking temperatures.

The average stovetop cooking temperature is about 350⁰ F, well within the smoke point range for both extra virgin olive oil and olive oil