What happens to the antioxidants in olive oil when heated? 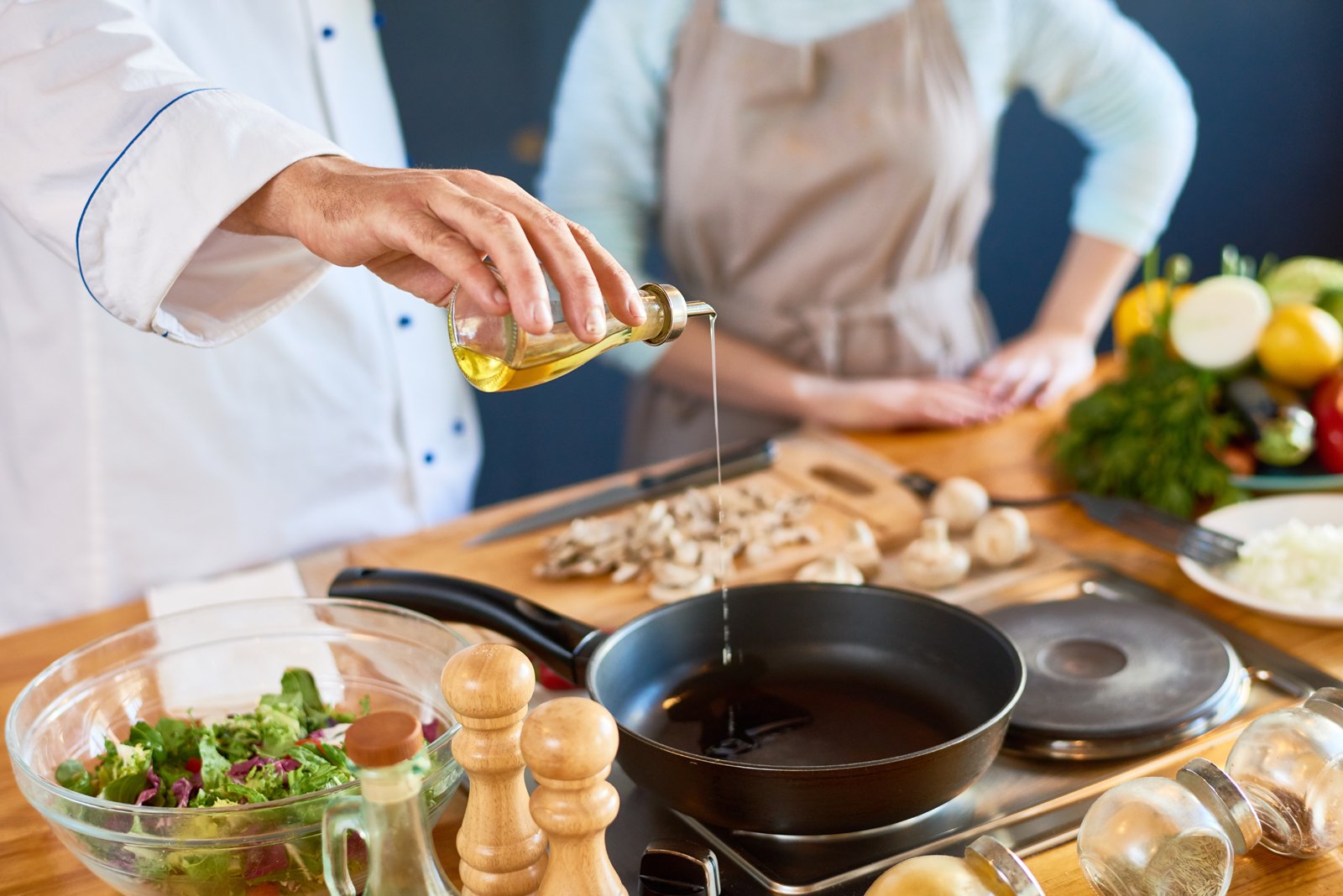 Antioxidants protect your cells from free radicals which may cause damage to DNA and cells in our bodies. Free radicals may play a protective role against heart disease, cancer and other diseases. Antioxidants include vitamins C and E, carotenoids, flavonoids, tannins, phenols and lignans. (1)  They also protect the oil's oxidative stability when heated.

When compared with seven of the most common cooking oils, EVOO leads the list in antioxidant content. Let's take a look and see how these oils stack up:

Source: https://olivewellnessinstitute.org/article/showdown-what-is-the-best-oil-for-cooking/.
Note: Antioxidant content varies depending on the sample of the oil.

Looking down the list, we see that the antioxidant content of extra virgin olive oil is over 500% greater than that of avocado oil and over 7000% greater than coconut oil!

What happens to the antioxidants when the oil is heated?

Many of the complex compounds in olive oil are heat sensitive. For instance, some of the flavor compounds in olive oil will dissipate under heat. Studies have been performed to ascertain which, if any, antioxidants remain in the oil after heating(2, 3). Researchers have found that after being heated to 464°F, a significant amount of polyphenols, tocopherols, sterols and squalene still remain in EVOO after heating.

It is worth noting that in the above study, the olive oil was heated to a temperature that is out of the range of normal cooking (and way above the smoke point of olive oil.) A study was published in the Journal of Food Chemistry and Nutrition in 2016 (4) where researchers replicated home cooking conditions to measure the antioxidant loss. Samples of olive oil were heated on a stovetop at various temperatures and cooking times. The study concluded that while the olive oils suffered some antioxidant loss "healthful compounds such as hydroxytyrosol, tyrosol, oleuropein, oleocanthal, and squalene appeared to be reasonably heat-resistant. "

It is also important to consider that although the oil loses some antioxidants, a good part of the oil's loss is the food's gain. In 2015, researchers discovered that the antioxidants and beneficial phenols in extra virgin olive oil are transferred to vegetables cooked in it. (5)

To the extent there is a loss of antioxidants  from heated olive oil that is NOT absorbed in the food, remember the loss is relative: even with some loss, you are still consuming more antioxidants with olive oil that you would with other cooking oils.

A 2018 peer review study found that extra virgin olive oil is the most stable cooking oil under heat. (6) The researchers measured polar compounds which are used by the food service industry to determine when an oil has started to break down. Extra virgin olive oil released fewer polar compounds when heated than other common cooking oils, including those that had a higher smoke point. Part of the reason why is that antioxidants support the stability of a cooking oil.

Thanks to its antioxidant content, EVOO has a high level of oxidative stability, or the ability to resist reacting with oxygen and breaking down. The antioxidants that are naturally present in olive oil combat the oxidation that occurs during cooking. Oxidation is implicated in many diseases associated with aging including coronary heart disease.

So the next time you are searching for a good cooking oil, reach for the EVOO and feel confident when you turn up the heat.