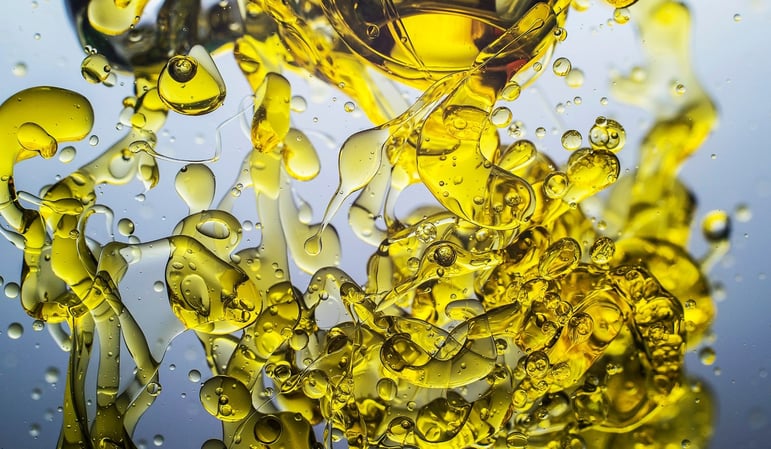 It’s always an unexpected joy when something so incredibly delicious turns out to be so incredibly good for you—and if you haven’t learned that about olive oil yet, you’re about to!

Olive oil has been a staple of Mediterranean cultures for thousands of years, dating back to the Ancient Greeks and Romans, and it remains the most popular cooking oil in the region to this day. In fact, nutrition experts believe the Mediterranean basin is home to some of the longest-living populations precisely because their typical daily diet is so abundant in healthy fats from olive oil, nuts, and fatty fish.

Compared to other cooking oils, olive oil has the unique potential to deliver a one-two punch to chronic and degenerative diseases from the potent polyphenol compounds found in extra virgin olive oil and the high percentage of monounsaturated fatty acids (MUFAs) found in all grades.  As a result, olive oil consumption has been associated with everything from improved cholesterol levels to better mood to stronger bones.

Here are some of the most exciting research-backed health benefits:

1. It’s packed with polyphenols.
Extra virgin olive oil is a particularly abundant source of polyphenols, natural bioactive compounds with antioxidant properties that are found in plant foods like fruits, veggies, and olives. Polyphenols benefit health, in part, because they combat oxidative stress—a type of stress within the body that damages lipids, proteins, and DNA in a way that contributes to heart disease, cancer, diabetes, and dementia. Two abundant polyphenols present in olive oil are hydroxytyrosol and oleocanthal, which have antioxidant, anti-inflammatory, cancer-fighting, neuroprotective, and antimicrobial properties.

Olive oil is considered heart-healthy for (many) good reasons. In the frequently cited PREDIMED study, people who ate a Mediterranean-style diet that included 4+ tablespoons of extra virgin olive oil per day had a lower risk of developing cardiovascular disease, and their combined risk for heart attack, stroke, and death from heart disease was around a 30% lower than people who ate a low-fat diet. EVOO has also been linked to improved cholesterol levels and reduced blood pressure. Oleic acid (the most abundant MUFA in all olive oil grades) and various polyphenols are likely to thank, given their ability to reduce inflammation and oxidative stress, and modify cholesterol levels in the bloodstream.

But you don’t have to consume 4+ tablespoons of olive oil per day to reap the benefits. In fact, the U.S. Food and Drug Administration (FDA) says there’s credible evidence to support the claim that consuming 1 ½ tablespoons of oleic acid-rich oils, including olive oil, may reduce the risk of coronary heart disease, provided they replace fats/oils higher in saturated fat and do not increase the total number of calories you eat in a day.

3. It may reduce risk of certain cancers.


While no food is a magic bullet for cancer prevention, olive oil consumption may be one reason cancer rates tend to be lower in Mediterranean countries. Findings from a recent 2020 study suggest that extra virgin olive oil triggers changes in gut bacteria that are associated with prevention of colorectal cancer; and previous research has shown that women who eat the most olive oil tend to have a lower risk of colon cancer and breast cancer. Several components of olive oil have demonstrated anti-cancer properties, including oleic acid, hydroxytyrosol, oleocanthal, phytosterols, and squalene.


Oxidative stress is implicated in the progression of neurodegenerative diseases, including Alzheimer’s disease. But extra virgin olive oil’s polyphenols—particularly oleocanthal—function as potent antioxidants that may help counter this effect. A 2019 study on animals found that oleocanthal-rich olive oil helped restore healthy blood-brain barrier function and reduce neuro-inflammation in a way that may slow the progression of Alzheimer’s.


Olive oil’s brain-nourishing nutrients can help elevate your mood, too. In fact, fascinating studies from 2010, 2017, and 2019 all support a growing body of research suggesting Mediterranean-style diets can actually help treat depression! In one of the studies, 30% of participants entered remission for their moderate to severe depression after a 12-week Mediterranean diet intervention that included olive oil. Additional research suggests that olive oil’s beneficial fats support the central nervous system, helping nerves function properly and increasing levels of the mood-supporting neurotransmitter serotonin.


Olive oil may be a particularly good addition to your diet if you suffer from arthritis or another chronic inflammatory condition. For one, monounsaturated fats have been shown to reduce levels C-reactive protein, an inflammatory marker that’s elevated in conditions like rheumatoid arthritis. Extra virgin olive oil also contains the polyphenol oleocanthal, which has demonstrated anti-inflammatory properties similar to ibuprofen. Some experts believe that regular intake of oleocanthal-containing foods may reduce risk for risk for inflammatory diseases.

7. It may boost bone health + strength.


In the weird-but-true category: A 2018 study revealed increased bone density among women who had the highest intake of olive oil—results that held true even after accounting for the women’s intake of bone-building calcium and vitamin D. Inflammation in the body can actually turn on osteoclast cells, which break down bone, but researchers speculate that olive oil’s anti-inflammatory polyphenols may trigger mechanisms that help prevent bone breakdown and stimulate bone formation.

8. It supports a healthy gut microbiome.

Your gut microbiome influences everything from digestion to mood to the appearance of your skin, so keeping it healthy is in your best interest! Great news: Olive oil’s polyphenols may reduce inflammation of the GI tract and foster the growth of good bacteria, according to a 2019 review. Specifically, researchers found that eating about 1.5 tablespoons of extra virgin olive oil per day helped elevate populations of healthy bifidobacteria in the gut.

9. It supports a healthy immune system.


Whether you’re trying to avoid a cold, curb risk of cancer, or manage an autoimmune condition, a healthy immune system is vital. And, turns out, your immune system really likes healthy fats! A 2015 study found that eating 3 tablespoons of extra virgin olive oil every day was associated with greater growth and activation of T-cells, immune cells that attack foreign invaders. On the other hand, eating an equal amount of corn oil, butter, or soybean oil did not have these benefits. Greater levels of polyphenols and MUFAs in EVOO could be to thank.  Some researchers also believe it may have a beneficial impact in helping fight infection from COVID-19.

10. It balances blood sugar and may help prevent diabetes.


Healthy fats are a key dietary component for anyone trying to prevent or manage type 2 diabetes. In a 2017 study, people who ate the most olive oil had lower fasting blood sugar and a 16% reduced risk of developing diabetes. All fats help slow the absorption of glucose into the bloodstream, which can keep blood sugar stable, but research suggests the main monounsaturated fat in olive oil, oleic acid, may be particularly protective against insulin resistance. Saturated fats, on the other hand, can promote inflammation and have a harmful effect on beta cells, the insulin-producing cells of the pancreas.


Because olive oil helps keep blood sugar levels stable, it can help curb cravings that might otherwise lead to overeating and weight gain—another reason to ditch your fat-free salad dressing in favor of EVOO and vinegar! A study from 2018 found that overweight women who added 1+ tablespoons of extra virgin olive oil to their morning meal lost more body fat and had a bigger drop in blood pressure compared to women who added soybean oil to their breakfast. Earlier research has shown that high olive oil consumption in the context of a Mediterranean diet doesn’t cause weight gain.

Of course, olive oil is still a calorie-dense food, so your best bet is to use it to replace less healthy fats in your diet.

12. It’s the healthiest oil you can cook with.


Contrary to popular belief, EVOO actually has a moderate-to-high smoke point of 350⁰F to 410⁰F, however, smoke point does not correlate to how stable a cooking oil is under heat. Research from 2018 suggests that extra virgin olive oil is the most stable cooking oil, resisting degradation better than oils with a high smoke point. This means you can use extra virgin olive oil for sautéing, stir-frying, baking, and even frying. Thanks to its abundance of heat-stable MUFAs and polyphenols, olive oil counteracts the oxidative stress caused by heat and slows the formation of unhealthy compounds, like free radicals. But what really sets olive oil apart as a cooking oil? A 2015 study found that cooking vegetables like tomato, eggplant, and pumpkin in extra virgin olive oil actually boosted the antioxidant content of those vegetables!

The bottom line is that olive oil is incredibly nutritious, and no other cooking oil compares in terms of flavor, versatility, and head-to-toe health benefits. So go ahead, give your meals and recipes a good drizzle (or glug) of this liquid gold.

Stephanie Eckelkamp is a contributing writer for OliveOil.com and her work has also appeared in top health websites including mindbodygreen, Greatist, Women's Health, Men's Health, Prevention and more. She received her B.S. in Journalism from Syracuse University with a minor in Nutrition. She is also a certified holistic health coach through the Institute for Integrative Nutrition. When she's not writing or nerding out on the latest health studies, she's most likely on a hike with her pup Lucy or trying to convince her boyfriend to eat vegetables.

Goal-Getter: Be Healthier in 2021 with Olive Oil
Olive Oil Nutrition: What is the Difference Between Antioxidants and Polyphenols?