Can I Substitute Olive Oil For Vegetable Oil in Recipes? 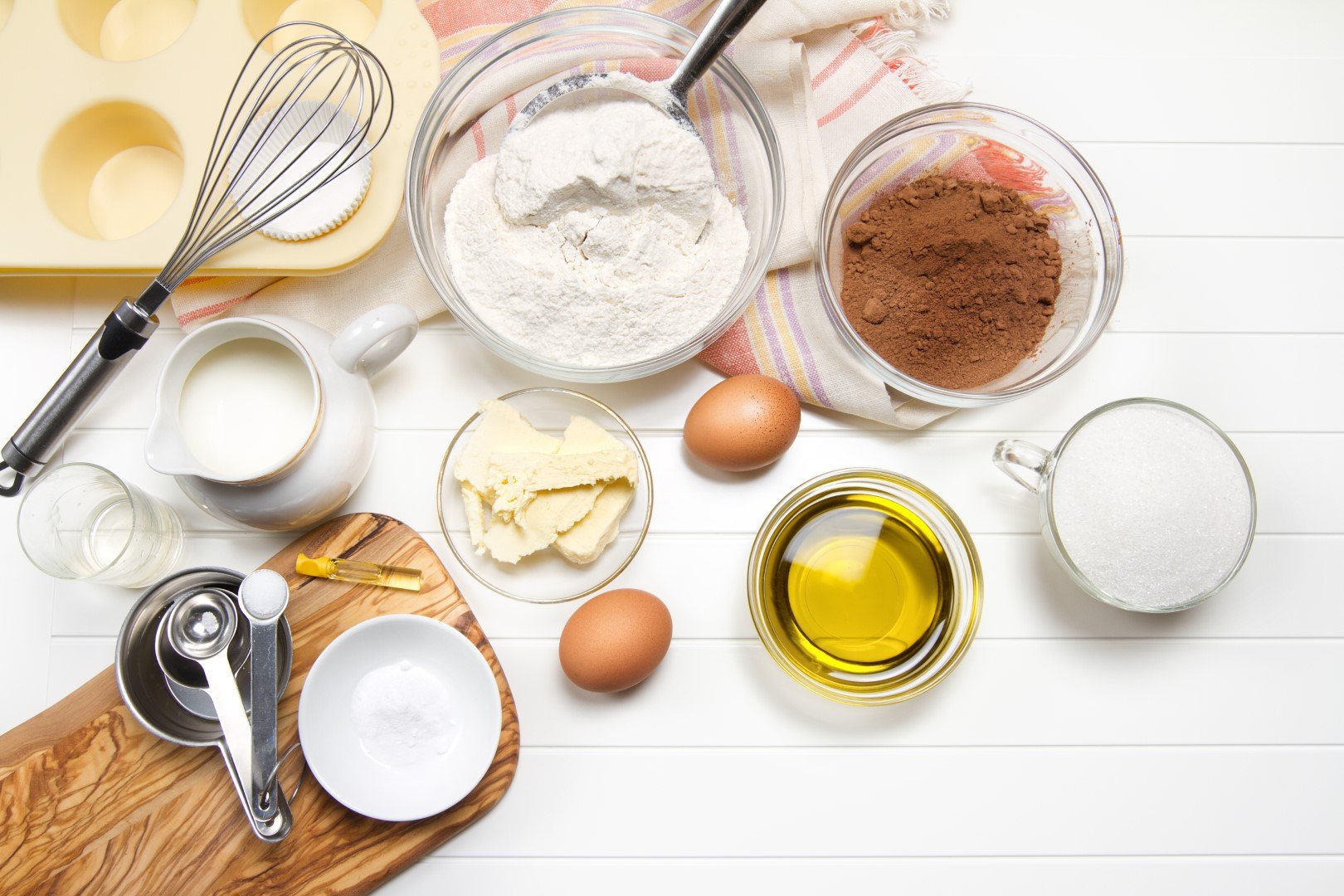 Olive oil or extra virgin olive oil can be used in place of vegetable oil in any recipe in a 1:1 ratio. Find out more about how substituting with olive oil will impact the flavor of your food.

What is vegetable oil?

Broadly defined, vegetable oil is an oil that comes from plants as opposed to animal fats such as tallow or lard.  Often the cheapest oil on the shelf, it is usually composed of mostly soybean oil but can contain just about any other liquid plant-based fat such as canola, corn and/or cottonseed oil.

Vegetable oil is light in color and completely flavorless because it is made from oils that are highly processed (typically extracted from the plant matter by using high heat and chemical solvents) and highly refined. The refinement strips the oils of odors, flavors, and colors (and most bioactive compounds), leaving us with cooking fat that is completely neutral.

What is olive oil?

While some might consider olive oil to be a vegetable oil because it is plant-based, it is actually derived from the olive fruit! Olive oil, in the simplest terms, is an olive juice.  So the process to create olive oil is very different from vegetable oil.

It's a great idea to substitute olive oil for vegetable oil in recipes. Olive oil is a healthier choice due to the high levels of monounsaturated fat, and low percentages of polyunsaturated fats.  People who prefer minimally-processed foods will appreciate that olive oil is extracted and refined without the use of chemicals and is non-GMO.  That is the case for all olive oil types and qualities.

If you require neutral oil for your recipe, go with olive oil or light-tasting olive oil. These oils won't change the flavor of your food. But, we recommend experimenting with extra virgin olive oil as a substitute for vegetable oil. You may be surprised that you actually like the flavor that extra virgin olive oil brings to your recipes, in particular, baked goods. Many chefs consider olive oil to be a "flavor enhancer,"  bringing out the natural flavors of your ingredients.

For instance, extra virgin olive oil enhances the flavor of chocolate making it a perfect choice for brownies.  It also enhances citrus flavors in cakes as seen in our internet-famous olive oil cake recipe.

Some people may be reluctant to replace vegetable oil with olive oil in a recipe due to the cost. But do the math...on a per serving basis, the difference is quite small. For instance, we calculated that replacing vegetable oil with a good quality, healthier, and more flavorful extra virgin olive oil increases the cost of a carrot cake recipe by only 10 cents per serving! (Psst...it also tastes better, making the 10 cent investment a bargain!)

What about the smoke point?

The smoke point of olive oil is high enough for any type of cooking.

In any case, smoke point is not a reliable indicator of cooking oil stability under heat. Refined, polyunsaturated fats have low oxidative stability which causes them to break down and release harmful compounds at temperatures below their smoke points. In contrast, extra virgin olive oil has been found to be the most stable cooking oil.  This is due to the fact that it was minimally processed and is highest in naturally-occurring antioxidants.

If a recipe calls for vegetable oil, all that really means is that the recipe author wants you to choose a liquid, plant-based fat.  The choice is yours. Vegetable oil will be good for your wallet in the short run, but olive oil may be better for your health in the long term and make the foods you prepare taste better.

In the end, isn't it better to invest in yourself?