Olive Oil and the Miracle of Hanukkah 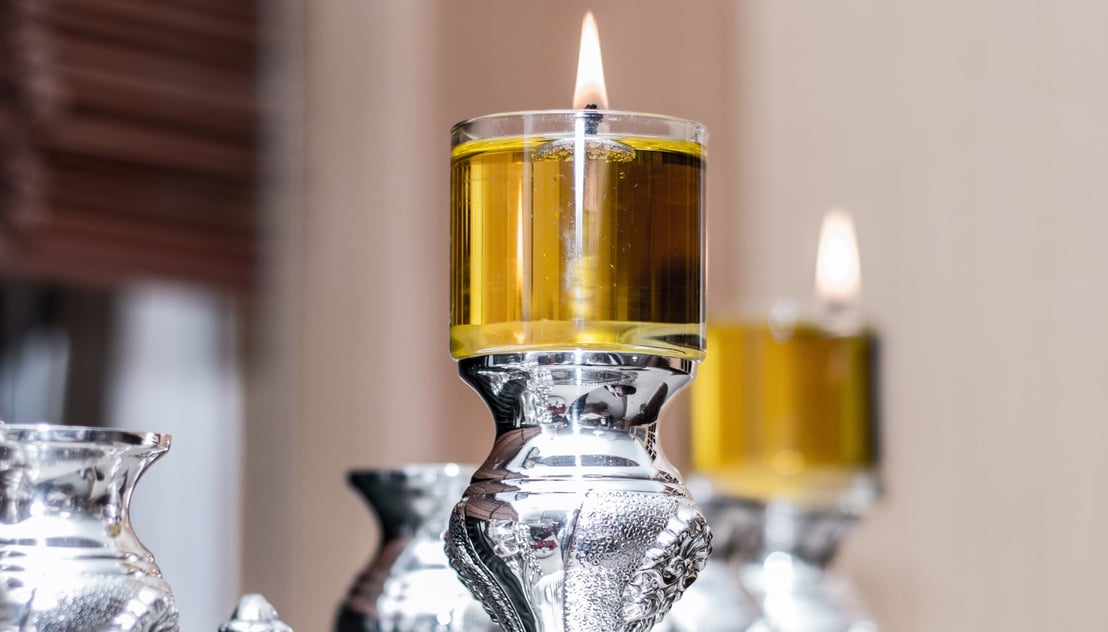 Tomorrow marks the beginning of the eight-day Jewish festival of Hanukkah.  According to tradition, during the rededication of the Holy Temple (the Second Temple) in Jerusalem at the time of the Maccabean revolt,  a small quantity of oil used to light the Temple's menorah somehow miraculously burned for eight days.  Hanukkah commemorates this event.

Traditional menorahs did not use candles, they used oil.   According to an Israeli archaeologist, the oil was most certainly olive oil.   As Dr. Rafael Frankel explained,  "In the Hebrew Bible, in the Old Testament in several places it speaks of pure-beaten olive oil for the light. Olive oil was the main oil of this region and very little other oil was ever used."

You can still buy oil menorahs or adapt an existing menorah for oil. This year, try olive oil instead of candles in your menorah.

It is traditional to eat fried foods on Hanukkah because of the significance of oil to the holiday.  Among Ashkenazi Jews, this usually includes latkes.  Our favorite recipe for latkes comes from Adam Rapoport, editor of Bon Appetit magazine, and is adapted and reprinted here with permission: