Is Olive Oil The Secret To Healthy Aging? 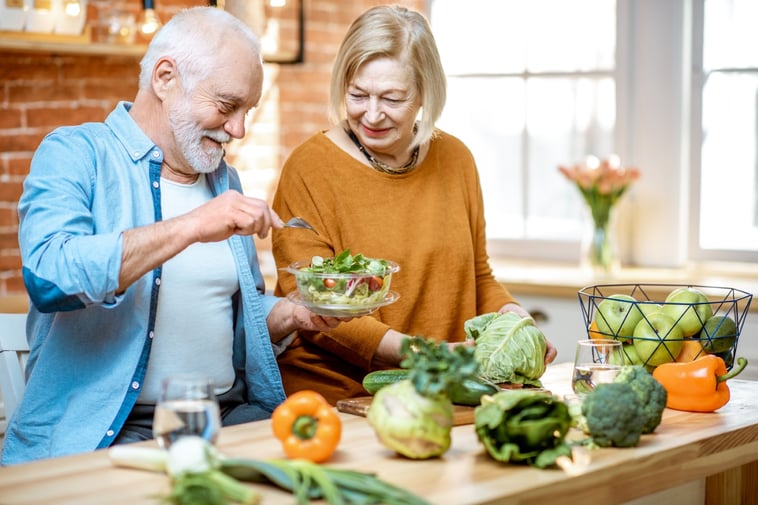 While retiring in an idyllic Mediterranean villa might not be a possibility for many, research shows you can improve your likelihood of happy and healthy aging by adopting the Mediterranean diet and lifestyle wherever you live. Among all of the remedies and miracles that you may find floating around the internet and on infomercials for longer lives, the most important secret ingredient to healthy aging may already be in your pantry at home.

May is International Mediterranean Diet Month, and with that brings a larger awareness to the incredible diet that is linked to many health benefits. Rich in foods like fruits, vegetables, whole grains, nuts, seeds, and olive oil, following this dietary pattern gives the body important nutrients that may help people live a healthier life throughout the lifecycle – especially during the later years of life.

What Does Healthy Aging Mean?

The term healthy aging can mean different things to different people. For some, reducing the risk of developing age-related disease is equivalent to finding the fountain of youth. For others, improving their quality of life as they enter their golden years is the key.

The World Health Organization explicitly defines healthy aging as “the process of developing and maintaining the functional ability that enables wellbeing in older age.” In other words, aging in a healthy way has a lot to do with being able to live and function in a way that supports being able to meet basic needs, maintain relationships, and contribute to society, among other factors.

And while there are a handful of things that people can do to support their health as they get older–-participating in regular exercise, managing stress, and quitting smoking cigarettes, etc.–-dietary choices can have a profound impact on the aging process as well.

One shining star of any diet that focuses on healthy aging is delicious and natural olive oil.

Olive oil--whether you use it simply a condiment that you drizzle on your veggies or use in salad dressing or use it as the cooking oil of choice--is truly a nutrient-rich ingredient that has been clinically shown to offer a slew of unique health benefits throughout the life cycle.

And when focusing on aging, you will be hard-pressed to find another food that supports so many aspects of health as olive oil does.

Why? Olive oil, and specifically extra virgin olive oil, has been shown to help curb many aspects of the aging process, thanks in part to the monounsaturated fatty acids content and its bioactive compounds, like polyphenols. Since olive oil can both help combat oxidative stress and chronic inflammation, including it in an anti-aging diet is a natural fit.

Coronary heart disease is the most common type of heart disease and claimed over 350,000 lives in 2017, and people aged 65 years old are at the greatest risk for CHD. Therefore, finding ways to reduce the risk of developing CHD in the older population can have a major impact on healthy again.

The potential benefits of olive oil in preventing and treating CDH are well documented. One noteworthy study that helped put olive oil on the healthy-food map is the Seven Countries Study. This study investigated whether there was a relationship between dietary and lifestyle choices and risk factors for cardiovascular disease among different countries over a long period of time. Results usually highlight that men who lived in countries by the Mediterranean Sea had much lower incidence of CHD than those who lived in countries accustomed to diets high in saturated fat, like Finland. But often over-looked is the finding that men in the Mediterranean also had lower incidences of CHD than those living in Japan. Both the Mediterranean and Japanese diets were predominantly plant based, but there is one main difference: the Japanese diet was very low in fat while the Mediterranean diet was relatively high in unsaturated fat thanks to liberal consumption of olive oil.

Alzheimer’s Disease is linked to symptoms including memory loss and shorter attention spans. Experiencing this disease can result in a major change in a person’s quality of life and can take away their ability to live independently. While this disease can present throughout the lifecycle, it is more common to affect the older population.

Consuming olive oil may offer some benefit when trying to reduce the risk of developing Alzheimer’s Disease. In fact, data shows that a nutrient naturally found in extra virgin olive oil may help the body clear and break down the amyloid-beta plaques that can form in the brain. These plaques have the ability to ultimately result in a diagnosis of this detrimental disease, so taking a proactive approach by helping the body rid itself of these factors is of benefit.

When people think about foods to include to prevent osteoporosis, calcium-rich choices like milk and tofu often come to mind.

And although less known, eating healthy fats from foods like olive oil has been shown to protect bones too.

Osteoporosis is a disease that occurs when the body loses too much bone. Being diagnosed with osteoporosis puts a person at a higher risk for bone fracture.

When it comes to this disease, prevention is key, as it is challenging to build bones as people age, especially in post-menopausal women.

While olive oil doesn’t contain calcium, it does contain phenols which have been shown to prevent the loss of bone mass. These phenols can support the bone-building cells by increasing the activity of certain enzymes in the body, resulting in calcium being deposited into the bone matrix. All of this ultimately means that bone health is being supported simply by eating olive oil.

Ultimately, many of us want to live a long and healthy life. And including olive oil in your diet could help you achieve both.

And in a study called the Three-City Study, results show that after 10 years, greater intake of olive oil was associated with a lower risk of death.

Finally, results from the PREDIMED study referenced previously showed a 48% reduced risk of death due to a cardiovascular event when consuming a Mediterranean diet supplemented with olive oil. Specifically, they found that for each 10-gram increase in extra-virgin olive oil intake per day, mortality risk (early death risk) decreased by 7%.

Olive Oil – A Delicious Addition To Help You Age Healthfully

Since none of us have found the magic bullet to preventing age-related diseases and early death, for now, olive oil is the next best thing. Flavorful and versatile, including olive oil in your diet is a simple and delicious way to help keep you healthy way beyond your golden years.

So, drizzle some olive oil onto your vegetables, use it as a dip for your bread, or include it in your homemade marinades.  And by all means, cook with it in place of less healthy and less flavorful fats.  Your body will thank you for it. 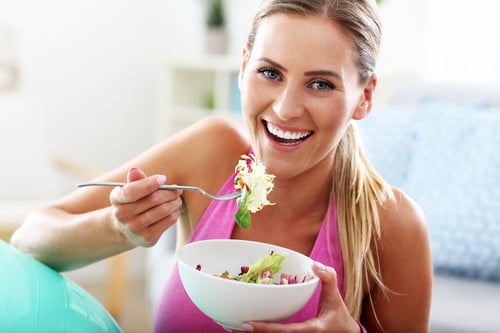 Food As Fuel - Optimize Your Output With Olive Oil 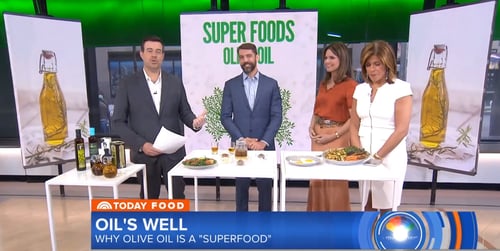