Those who consume olive oil every day have reduced the risk of early death from all causes compared to those who don’t found in a recent study. In addition, illnesses like cardiovascular disease, neurodegenerative disease, or even cancer can be prevented with the consumption of olive oil. According to the Harvard T.H. Chan School of Public Health, and later published in the Journal of the American College of Cardiology in January of 2022, researchers found that higher amounts of olive oil lower the danger of premature death. They also found that olive oil may be better than animal fats as a source of healthy fats.

Marta Guasch-Ferré, a senior research scientist in the Department of Nutrition at Harvard Chan School, said, “Olive oil consumption has been linked to lower cardiovascular disease risk, but its association with premature death was unclear...Our findings confirm current dietary recommendations to replace animal fats with plant oils for the prevention of chronic diseases and premature death.”

Researchers analyzed data collected from two studies between 1990 and 2018 — one involving 60,582 female nurses and the other involving 31,801 male health professionals — that followed participants for nearly 40 years. From the beginning, all participants had a clean bill of health, free of cardiovascular disease or cancer. Every four years, everyone completed a dietary questionnaire to measure and record what they were eating. Researchers determined during the study period that 36,856 participants died.

While comparing olive oil to other vegetable oils, there isn’t any difference in health benefits; olive oil has been proven to be healthier than butter, mayonnaise, or dairy fat and correlated with a lower risk of total and cause-specific mortality.

“Clinicians should be counseling patients to replace certain fats, such as margarine and butter, with olive oil to improve their health,” Guasch-Ferré insists. “Our study helps make specific recommendations that will be easy for patients to understand and hopefully implement into their diets.” 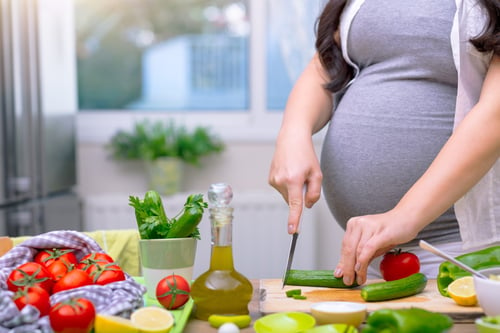