The biggest fraud in olive oil 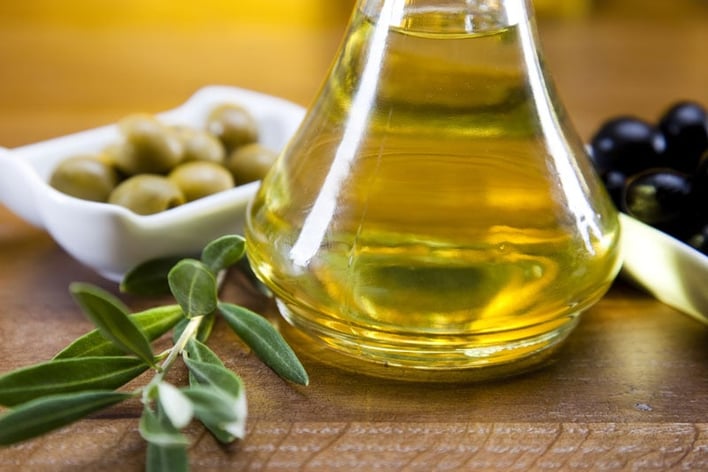 The biggest fraud in olive oil today are the stories leading consumers to believe it’s all "fake." This is simply not true, as an independent study done by the Food and Drug Administration (FDA) proves. So what are the facts, and where do these myths of olive oil fraud come from anyway?

First and foremost, consumers should have a lot of confidence in the quality and authenticity of the olive oil they buy. This fact is underscored by independent, peer-reviewed research conducted by the FDA that was published in the Journal of American Oil Chemists’ Society. The FDA tested 88 extra virgin olive oil samples directly off the shelves of Washington, D.C.-area retail outlets and found no confirmed adulteration in any of the samples tested. (Adulteration in this case means extra virgin olive oil mixed with other oils.) The FDA concluded that the occurrence rate of adulteration for the market samples they analyzed was “low.”

The FDA’s findings mirror the results of the NAOOA's own robust monitoring efforts, which sampled an average of nearly 200 olive oils annually directly from retail shelves for 20 years. These olive oils were tested in independent labs certified by the International Olive Council (IOC), an organization chartered by the United Nations more than 50 years ago to oversee the production and quality of olive oil around the world. The cumulative results of the NAOOA’s testing support the finding that 98 percent of olive oil sold in U.S. retail outlets is authentic. So, go ahead and buy with confidence that you’re getting the real deal!

Nearly all of the "fake news" about "fake" olive oil originated from one flawed report from a biased source published years ago.

In 2010, the UC Davis Olive Center, an organization created to promote the sale of California olive oil, published a report funded by California olive oil producers and companies. The purpose of the report was to make news that would discredit their competition – imported olive oils. The now-infamous report claimed "69 percent of imported olive oil samples and 10 percent of California olive oil samples labeled as extra virgin olive oil failed to meet the IOC/USDA sensory standards for extra virgin olive oil." In layman's terms, this means these samples failed a taste test. Sounds pretty fishy that something as subjective as a taste test would be used to determine if an olive oil has been adulterated, doesn't it?

It is. The only way to determine if an olive oil has been adulterated is through a battery of physical and chemical tests in accordance with highly technical standards. To call an extra virgin olive oil “fake” based on a potentially biased taste test is not only misleading but wrong. UC Davis, in fact, conducted those technical physical and chemical tests on the very same oils and did not find a single instance of adulteration. If you read the report carefully, you will see that this information is buried where no journalist or consumer is likely to find it.

Indeed, the obviously biased, industry-funded report has been repeatedly discredited from the moment it was issued. For example, one class action law firm seized on the opportunity to file lawsuits against imported olive oil companies named in the report, but then voluntarily dropped their suit after they tried to reproduce the UC Davis results and failed, finding that “replicating the UC Davis tests proved impossible.”

More recently, a federal judge put the latest nail in the coffin, dismissing another case in which a class action attorney sought to rely on the UC Davis report. The court ruled the report was flawed for three key reasons. First, there are fatal flaws in its methodology, including the fact that it was based on a subjective taste test and a very small sample size. Second, at nearly 10 years old, the report is stale and has no relevance to today’s marketplace. Finally, it was geographically limited to oils purchased in California.

So, the next time you see an article about olive oil fraud, take a closer look at where the claims of fake olive oil come from. First, does the source of the story stand to benefit if consumers believe that they are being defrauded? Second, was there lab testing conducted to determine purity, or was it based on a subjective taste test? If there was taste testing to distinguish extra virgin or virgin grade, did the authors use a full, qualified, expert taste panel and confirm the results with a second independent taste panel as required by international norms, or was it by a self-proclaimed tasting expert?

Consumers Should be Confident in Olive Oil Purity and Quality

Today, as supported by the results of the FDA research, you will find fairly universal agreement among industry experts, including representatives of the UC Davis Olive Center, that the quality of imported olive oil has greatly improved over the years. Just last year, we reached out to the online news outlet Lifehacker, which had published a story about olive oil fraud, citing the UC Davis reports from 2010-11. They updated their article with this correction:

Editor’s note: A previous version of this article, originally published on 11/8/13 and updated on 6/11/19, referred to the findings of two reports from the UC Davis Olive Center, published in 2010 and 2011. In an email to Lifehacker, a representative from the UC Davis Olive Center explained that the brands listed in those reports as not meeting certain olive oil standards have since made improvements. The representative specified that the best way for consumers to select an olive oil would be to educate themselves using resources provided by UC Davis as well as organizations like the COOC and NAOOA, all referenced in this article. This story was updated on 6/19/19 to provide more thorough and current information.

Indeed, today many of the top-selling imported olive oil brands take part in the NAOOA’s AboutOliveOil.org Quality Seal program through which we randomly sample bottles off-the-shelf for testing at International Olive Council-certified labs. NAOOA seal brands can be found in just about every supermarket at a wide range of price points. Click here for a list of brands who have agreed to regular random off-the shelf testing.