It's a well-known tradition in the Southeast United States to eat Black-Eyed Peas on New Year's Day. Here is a healthier version that swaps the animal fats that are often used in the recipe with olive oil.

Black-eyed peas are not actually peas, but beans. They are slightly smoky in flavor and are high in protein and fiber. They are not just nutritious but also incredibly delicious.

The below recipe is plant-forward and can be made vegan if desired. We give instructions for stovetop or Instant Pot.

No one really knows why this recipe for black-eyed peas over rice is called Hoppin' John. Some say an old, hobbled man called hoppin’ John became known for selling peas and rice on the streets of Charleston.  Some food historians think the name derives from a French term for dried peas, “pois pigeons.”

If you have an Instant Pot or similar pressure cooker, you can skip the soaking of the black-eyed peas.

Serve this dish on New Year's Day along with our cornbread, also made with olive oil. 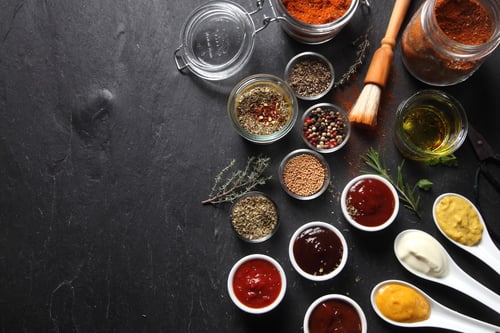 Sauces made with olive oil