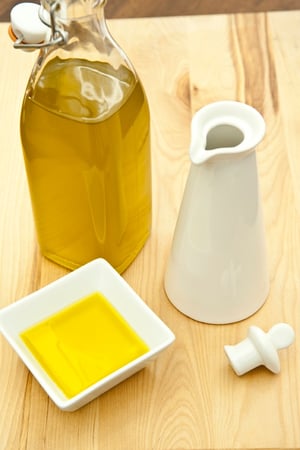 Olive oil is one of the primary components of the renowned Mediterranean Diet and although the highest per-capita consumption figures are dominated by Mediterranean countries, consumers across the globe are finding the flavor and health benefits that come from using olive oil hard to resist. In the United States household penetration of olive oil has grown from about 30% five years ago to more than 50% today.

In terms of consumption per capita, the Greeks set a shining example, with an average of more than 24 liters/person/year (we’re convinced Greeks are literally bathing in olive oil!!) The next runners up are the Spanish and Italians, who use an average of about 15 and 13 liters/person/year, respectively. When compared to North American averages, about 1 liter for Americans and 1.5 liters for Canadians, it is easy to see that the growth potential here is enormous.

However, in terms of consumption by country, the United States is actually the third largest consumer of olive oil in the world, consuming about 9% of global olive oil production. This is still small compared to Italy (21%) and Spain (19%), but is just ahead of the olive-oil-loving Greeks, who despite such high consumption per capita, account for about 7% of total global consumption.